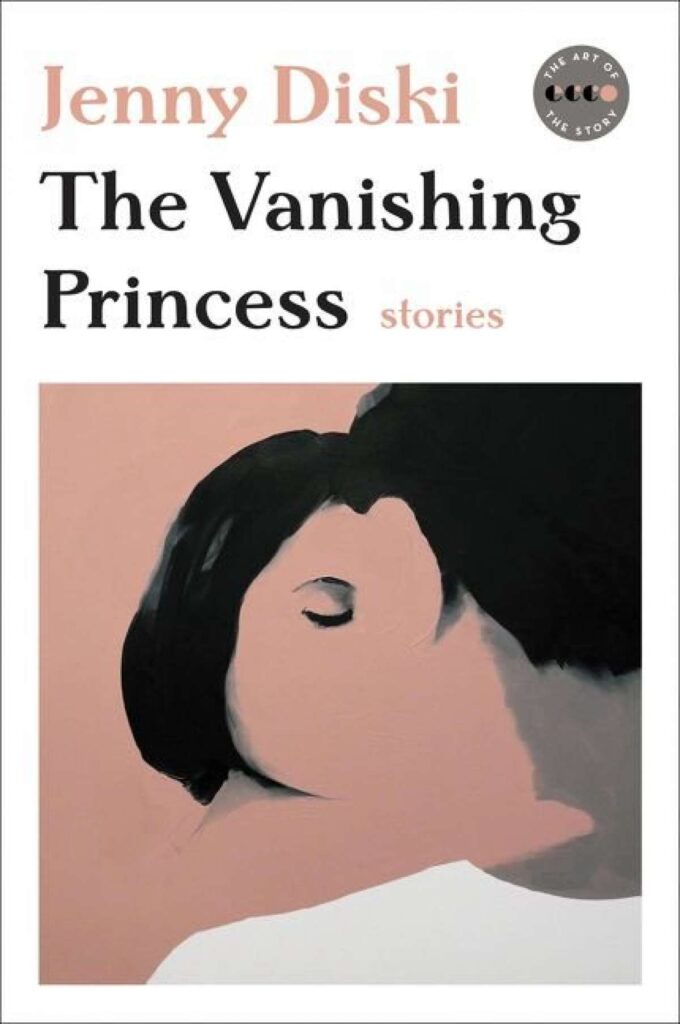 A princess lives in a tower. We can’t call her imprisoned as she has never attempted to leave. In fact, she has never even considered it. She spends her days reading books, with the occasional glance through the window at a world which does not interest her. Then the soldiers arrive. One brings delicacies, wrapped in white cloth. The princess has never eaten food before, but it’s the soldier who derives the most pleasure from these morsels; he simply loves to watch women eat. A second soldier gifts her a calendar and a mirror. ‘That is you’ he explains, revealing her reflection. Yet this is not a tale of self-actualisation. Just as she is beginning to think, ‘perhaps I am here’ the men begin to scratch her portrait over her image in the glass. Feature by feature she is completely obscured. Then she vanishes. Was she ever there at all? The titular story of this collection is given the alternative name, The Invention of Cubism, bringing to mind images which flatten, dissect and rearrange women and Picasso’s two categories for female existence, ‘goddesses and doormats.’ Diski reminds us that some forms of representation feel more like erasure.

The Old Princess, whose story closes the book, finds her life slipping along, without her ever truly grasping it. She grows, sanitary towels are sent to her tower (in Diski’s world even princesses need sanitary towels) then eventually stop coming. Decades must have passed. She realises that, despite all the stories she has read ‘she is a princess to whom nothing was going to happen’. How quietly crushing it is to have blithely expected a destiny and find oneself without one. But what else could she have done? As Queen Clary puts it in Shit and Gold, ‘it has to do with the structure in which we [are] all of us imprisoned-the story.’ It’s hard to break out of stories, we are ‘of them as well as in them.’

‘Feminist re-allegorising is old hat’ wrote Ruth Padel in 1995, when this collection was released in the UK. Maybe, but Diski isn’t interested in subversive justice in the style of Anglea Carter, who makes mothers rescuers and turns beauties into beasts, or cake-and-eat-it heroines (the new standard fare for little girls); princesses who fiercely proclaim their independence while hurtling toward the same old happily ever after. Diski’s princesses shimmer at the edge of themselves, uncertain. These fairy tales ask, if one finds oneself a princess in a tower is it possible to really be a person at all? Alongside the princesses in this collection, we are given mothers, office workers, writers, teenage girls, teachers and housewives. But Diski’s women all face the same central dilemna; how to break the bonds of story and step into the centre of one’s life.

In Wide Blue Yonder, a woman faces the creeping realisation that she is married to ‘an ass’. Disk distillation of their ‘mutually embattled’ marriage, from her husband’s early attempts to make her orgasm (Michael seemed to feel so strongly about a woman being fulfilled’) to his low-level bullying of their young son, is funny and quietly devastating. Christina realises she waited, like a princess in a tower, for a man to choose her and she doesn’t think much of the only one who did. She is trapped by ‘what life had entitled her to claim for herself.’

Self-determination means breaking out of the expected and Diski grants her women fantastically strange triumphs. A suburban housewife revels in the erotic gift of a raw pig’s liver. A mother who has lived submerged beneath the needs of others sinks her life savings into a perfect bath. A miller’s daughter becomes a queen by fucking some sense into Rumpelstiltskin. In Strictempo, a young girl finds a peculiar sense of peace waltzing with a sex-offender in a psychiatric institution. Diski was herself hospitalised as a teenager, after a suicide attempt. The story examines the way the “what happens next of stories” becomes a template for our lives. But Diski’s constantly eschew the usual string of consequences we expect narratives to built on. In Housewife, Susan is surprised but not alarmed to discover herself ‘without the faintest remnants of a conscience.’ There is to be no comeuppance, or even stab of guilt, just wild explicit letters, full of anal-sex limericks, sleeping cocks and smiling trees, the bizarre instruction ‘be kind to bats.’ In Diski’s universe, victory can mean Christmas day spent bathing for hours alone in a derelict flat or burning beneath the equatorial sun, adrift on an ocean miles from shore.

I am not surprised that Diski’s women refuse to react as expected. I discovered her work through her essays in the London Review Of Books, which chronicled her cancer. The pieces were piercing, funny, profoundly moving but defiantly unsentimental. She was not as the pat saying goes, ‘battling cancer’ but cliché. The US release of The Vanishing Princess, Diski’s only collection of short stories, reveals an earlier incarnation of the witty, rebellious and luminously strange imagination she deployed in those final essays. Like the Miller’s Daughter in Shit and Gold who stopped Rumpelstiltskin mid-cliché, Diski has always known that the only way to seize the story is to tell it on one’s own terms.

Anna Beecher is an MFA candidate in fiction at the University of Virginia.
PrevPreviousReview: Saudade by Traci Brimhall
NextReview: Fresh Complaint by Jeffrey EugenidesNext
MASTHEAD