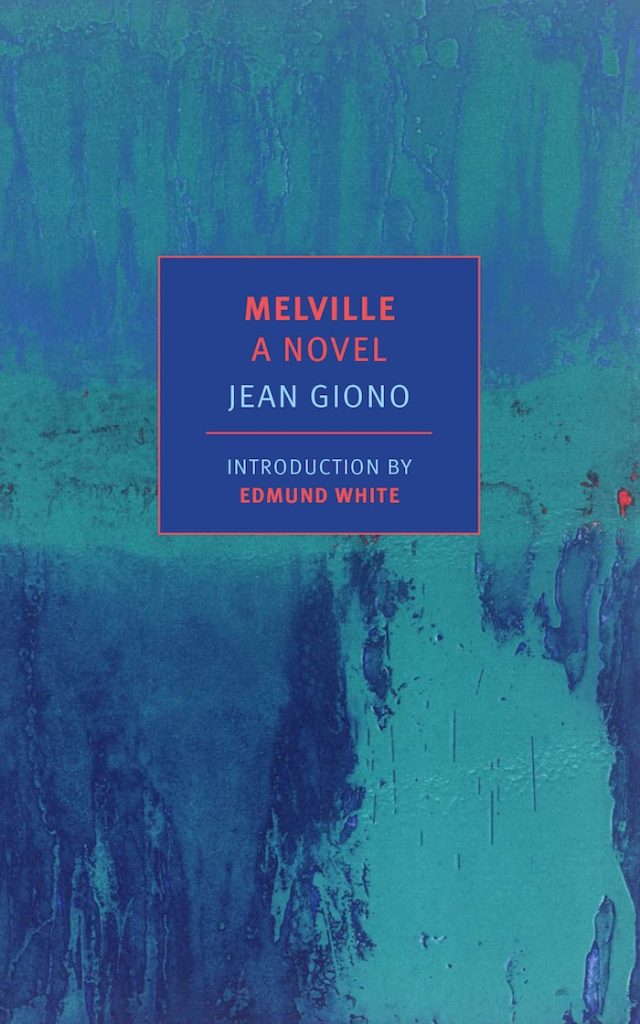 The “Melville” of Giono’s mad little book is exactly who you think it is: Herman himself, on his way to London to drop off Whitejacket with his publishers. Giono’s Melville is troubled, though. He’s fed up with his books, “he had already written them all. He felt rid of them.” Though, of course, savvy readers are aware that he hasn’t yet written a word about a white whale. It’s the genesis of that great work to come that interests Giono, and so his Melville is a man haunted by the untapped potential of literature.

Melville arrives in England; hijinks ensue. He wrestles with an angel, takes a long carriage ride through the moors, then falls in love with an Irish Nationalist. Throughout it all Giono has him wondering about what to write next: “He has no desire to go on writing the kinds of insignificant books he knows how to write. A life’s work is of no interest unless it’s a relentless struggle with the great unknown.” This man is, of course, the Melville of legend—Giono’s hero—rather than of fact, something Edmund White points out in his introduction. Melville is both physically and mentally a massive presence, six-feet, two hundred pounds, at times experiencing an “irresistible desire to display his masculinity, sailor-style.” He’s brooding, pensive, and enjoys terse, manly banter with an inn-keeper whom Melville realizes was once himself a sailor.

A grand but playful mood follows our man Herman through his travels. The narration wanders through his head and others, and the edges of reality fray from time to time, and the intense register in which it’s written makes the whole project feel even more unreal. There’s a gorgeous, hypnotic, and stomach-churning description of a ride on a mail coach across the English countryside, enough to cause a gurgle in the reader’s stomach, depicting the common and everyday in mythic heights:

The willows hadn’t been pruned yet. They were still lifting their branches like trailing red harp strings. Through the deeper-hued branches, you saw the pallor of the sky. There must have been a melody inside those trees, though you couldn’t hear because the wheel were rumbling, the springs were squealing, and the shoes of the four horses were clattering on the road. But when the coach passed right alongside a long barn where they were threshing barely, at the same time you could clearly hear the whole building whistling, “Alexandra, Please.”

Moments like this sustain for pages, and so this book is small and engrossing enough that it can be (and is best) devoured in a single sitting. The story winds itself up a pair of monologues, one set in the mist-blanketed moors, another in a clearing in the middle of some reeds, then barrels through Melville’s following productive but lonely years. A reader arrives at its end only reluctantly.

Giono, in his own brief preface to the work, mentions how he was obsessed with Melville’s magnum opus, walking the hills with it every day, before embarking on a translation of the novel in the midst of the second World War. This short novel, then, might be seen as a kind of communing, the sort writers wish they could all do, to tap into the energy that helped produce great books. We get Melville as a young, sea-obsessed youth, unhappy as bank teller: “It’s unbearable. He can’t stand it. The next year, he’s already gone. Supposedly he’s lending a hand to his brother. In reality he’s reading, he’s studying: He’s shifting his fleets into open water.” Melville, in London, is unhappy with his books (“They’re stories. They’re entertaining, that’s all.”) and struggles with the angel who has dogged him since he first sat down to write:

While he’s been hunched over his manuscript, alone in his room, the angel has often leapt onto his shoulders from behind and grabbed hold of him. Grabbed hold of him with the terrible kind of grip that suddenly twists your neck with a merciless sort of cruelty…The cruelty that takes no account of weariness, of wants, of the right you have to live in peace. A right, after all, that you possess like everybody else: the right to live peacefully, while lying a little, ever so innocently, from time to time.

Here, Giono is describing any writer’s struggle to surpass themselves, and it seems he isn’t invoking Melville necessarily to write like him, but to find a way to write on that same plane. Can he find the same thing inside of himself? “His titles are, in reality, nothing but subtitles,” Giono writes of Melville’s books. “The real title of each and every one of his books is Melville, Melville, Melville, again Melville, always Melville.” A glance at the cover after reading that line shows us the cohabitation at work, the writer and title/subject transposed onto each other, Giono as Melville, Giono’s own aspirational ideal.

Adam Roux is the editor of Meridian.
PrevPreviousReview: Fresh Complaint by Jeffrey Eugenides
NextReview: Because Everything is Terrible by Paul GuestNext
MASTHEAD